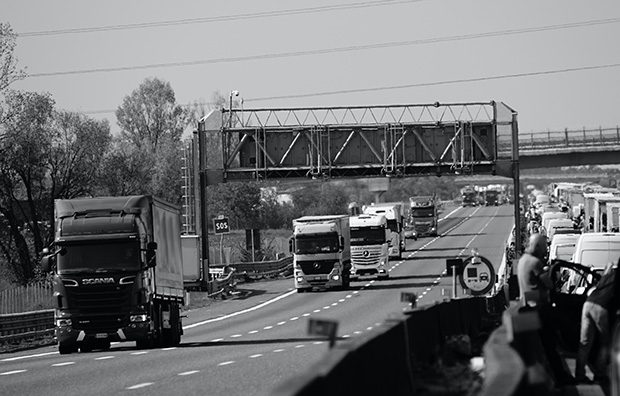 Spanish haulage firms part of the ‘Plataforma para la Defensa del Sector del Transporte’ group, who organised strikes back in March, have narrowly voted against taking more strike action for now. According to Sur in English, hauliers in the group voted 45% against strike action this weekend, with 41% in favour and 14% abstaining.

Those against immediate action prefer for negotiations with the Government to continue, for now at least. As Sur in English reports, the majority of hauliers in the group are waiting for a government response to their requests to apply the food chain law, which prevents them operating at a loss.

“In a close vote, hauliers have decided not to resume strike action and will start negotiating the rollout of the law with the Plataforma taking part in representation of the sector,” the group were quoted as saying on Monday.

Readers may recall that the ‘Plataforma para la Defensa del Sector del Transporte’ protest actions were rather heated back in March, sparking the Spanish Government into deploying 23,000 police officers. One participant of the protest was even arrested for throwing a stone at a HGV.