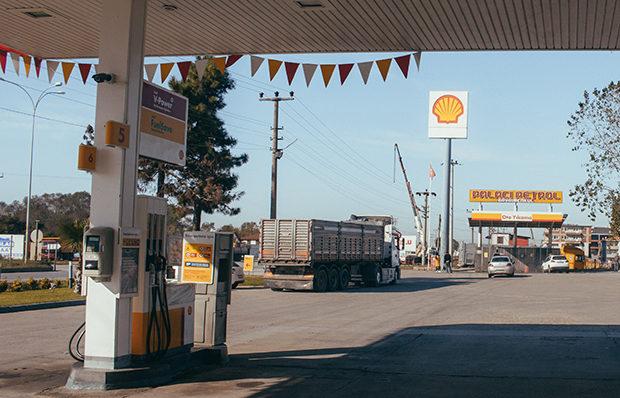 A Romanian truck driver has been sentenced to 5 years in prison after refueling his truck 262 times using either cloned or stolen cards. The fuel thief also profited by selling on excess diesel to other drivers at the price of 0.8 euros a litre. The Romanian truck driver was caught at a Belgian petrol station in Meer in February 2020. An employee noticed a skimming device on a card reader by the till, and promptly called the police.

Using CCTV footage from the surveillance cameras at the petrol station, officers then tracked down two Romanian citizens involved in the crime; 51-year-old Barbaros I and 41-year-old Mihai S. The duo had installed the card skimming equipment on the petrol station’s payment terminal the night before the police were alerted.

Following further investigations by the Belgian police, it was found that the two men had gone to other petrol stations regularly to do the same.

Based on a European arrest warrant, the police searched the 51-year-old man’s home in Romania on November 23rd of last year. During the raid, police found card skimming equipment and the data of some fuel cards.

The investigation also led to the discovery that the two Romanians had stolen large quantities of fuel between 2015 and 2020 via IT fraud. According to the court, the fuel was sold mainly to Turkish and Iranian truck drivers at a price of 0.8 euros per litre. The duo managed to steal fuel from petrol stations in Hoogstraten, Antwerp, Herentals, Rumst, Schoten, Wommelgem, Zwijndrecht, Melsele, Temse, Kallo, Tessenderlo, Lokeren, Wetteren, Beernem and Veurne.

In addition to serving the prison sentences and paying the fines, the two must pay a total compensation of over €60,000 to the victims of their crimes.