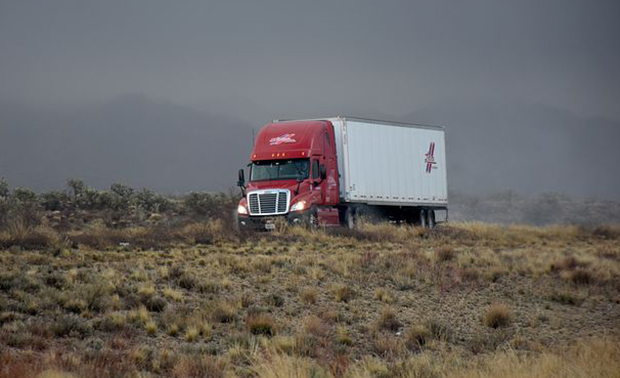 Last June, the European Commission decided to refer Denmark to the Court of Justice for failing to lift its 25-hour maximum time HGV parking limit. According to reports in the Danish press today, Denmark’s Ministry of Foreign Affairs received official notice of the court action on March 8th.

For the benefit of those unfamiliar with the case, since July 2018, Denmark has limited the period lorries can park in state-owned rest areas to a maximum of 25 hours.

The European Commission concluded in 2021 that the measure restricts the freedom to provide services as guaranteed by EU road transport legislation. As a result, the matter was referred to the European Court of Justice.

The authorities in Denmark see things differently. They claim the 25-hour parking limit is needed to ensure orderly conditions at rest areas and prevent unlawful and hazardous parking. The Commission admits that these goals are in the general interest, but states that other methods could be used to achieve them.

The news will be welcomed by foreign hauliers operating in Denmark. However, the reaction among Danish companies will likely be different. When the possibility of legal action emerged last year, the altinget.dk website claimed that the EU had effectively “rubber stamped Nomadic Operations”.