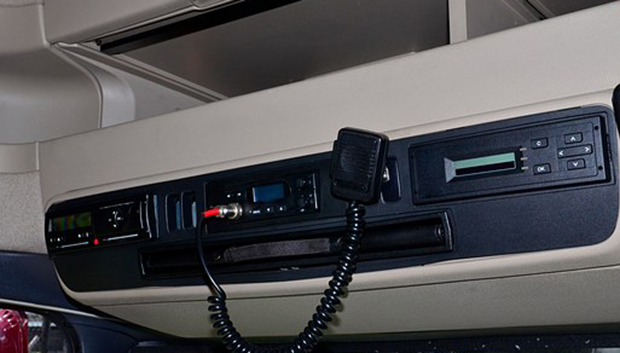 Lorry driver has been handed a fine by police officers who discovered him taking a tacho break on an UK motorway access slip road.

In a Twitter post published this morning, North West Motorway Police revealed that its ME48 unit had come across an HGV that slowed to a stop on access slip road of the M56.

The lorry driver had stopped in a live lane in order to take a mandatory tachograph break, and was fined by officers as a result.

In the comments section of the post, the driver was criticised for his lack of planning, with some users pointing out that a services was nearby.

The situation has parallels to an incident we reported on last September, whereby a lorry driver was fined for stopping on the hard shoulder. That particular story sparked a lively debate on social media, with some agreeing that the police were right to issue the ticket due to the trucker’s lack of planning. However, there were plenty of social media users who came to the defence of the lorry driver that received the ticket. One user tweeted “Impossible to plan ahead, parking is not readily available for HGVs, sounds like he was in a catch 22 situation and took the lesser option not to go over his hours, which could have cost him his job.”

Another replied “Understand your point but HGV drivers are under so much pressure these days and try to get as as possible before having to have there break thus leaving them enough time to complete their days work, it’s a hard one but been in that situation many times over 44 years truck driving.”